I actually made this tunic nearly two years ago, have probably only worn it once or twice and have never photographed it.  Hubby and I celebrated Valentine’s Day early and I had planned to make something new to wear for that but as always, the kids all decided they wanted to wear bow ties for Valentine’s Day (see post here) so that’s how I spent my sewing time the weekend  before Valentine’s Day so it was a perfect time to pull out this oldie but goodie.

I sewed up the pattern as is with the exception of a modification to extend the cowl (find instructions here) which I love because it can double as a hood for those impromptu rainy days.

Pattern Sizing: 4-26. (Pattern currently not available to order from the site but is available as a downloadable PDF pattern.)

Did it look like the photo/drawing on the pattern envelope once you were done sewing with it? I’ll say yes, except for the extended cowl modification but the fabric choice actually makes it look a bit different.

What did you particularly like or dislike about the pattern? I like the more dramatic cowl and that there are a few views to choose from. I the seam across the bicep has caused some people some problems but I have pretty healthy biceps and didn’t have any issues.

Fabric Used: I used a ponte knit from fabricmartfabrics.com

Pattern alterations or any design changes you made: I modified the cowl to extend it so it could be also worn as a hood.

Would you sew it again? Would you recommend it to others? I think I might eventually make this one again but I have a bunch of other things that are ahead of it on the to-sew list.

Conclusion:  This s a great tunic and came in handy with all of this rain we’re having. It’s easy to make and fun to wear.

I wore it with leggings and these over the knee Steve Madden boots which I have had forever but had never worn because they are a bear to actually put on because SM neglected to put in a zipper anywhere.  Since these were my first over the knee boot purchase, I didn’t realize how critical that would be but since I bought them on clearance, I couldn’t return them.  They actually went on just a bit easier than the first time I tried them on but I definitely don’t want to be rushing out the door when I plan to wear these babies. 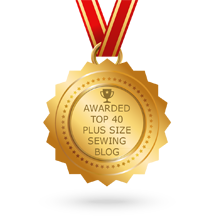